“Were Overcomer’s”, “We Came to Praise”, “Fill This House”,  “Without You”, “Send up Praise”. We ministered all of these songs during the month of April. The 4th month of the year. Spiritually 4:

Ok another spiritual number thing……..is that everyone asked us to minister two songs, or asked us to dance two days. Everything in two’s. Coincidence,I think not! Verily, verily I say to you, God is intentional and purposeful in everything. Thinking of the number two, I immediately think of union. I also think of a second chance, another opportunity.

During the course of ministering, I felt like I had to face some issues, not with others, but with myself. Somethings I thought were ok in my character were not. I had an attitude, gossiping, I was judgmental. WOW, who think that would be the case of God’s chosen vessel. Anointed with stuff on me, JESUS!!! One thing I learned, I didn’t do it on purpose, I just happened to do it, was this..check out the scripture:

Therefore confess your sins to each other so that you may be healed. The prayer of the righteous person is powerful and effective. James 5:16

I finally got to a place and talked to people with sense and said hey this is the sin I’m dealing with. Thank God for the prayers of the righteous! The first time we ministered it didn’t go well. The second time with prayer applied God was glorified!

So with all that being said. I believe He was building in us the strong foundation we need to effectively minister outside of the four walls of the church. Ministering unified as the Body of Christ, knowing it’s perfectly ok that people do things differently than us, it’s still God moving in them as well. Thank God for second chances! Looking at the songs he inspired us to do, were definitely Word for us as well!!!! 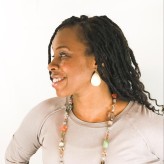 I am the Creative Blogger, Dancer, and Founder of Praise Dancer's Rock! I'm happily married with three kids or four on any given day, it depends on my husband's behavior :)! God LOVES me, and I'm glad about it! HE CAUSES ME TO TRIUMPH! In HIM, I Truly , LIVE, MOVE, AND HAVE MY BEING. Acts 17:28

I Will Not Be Defeated

Take it to God in Prayer!